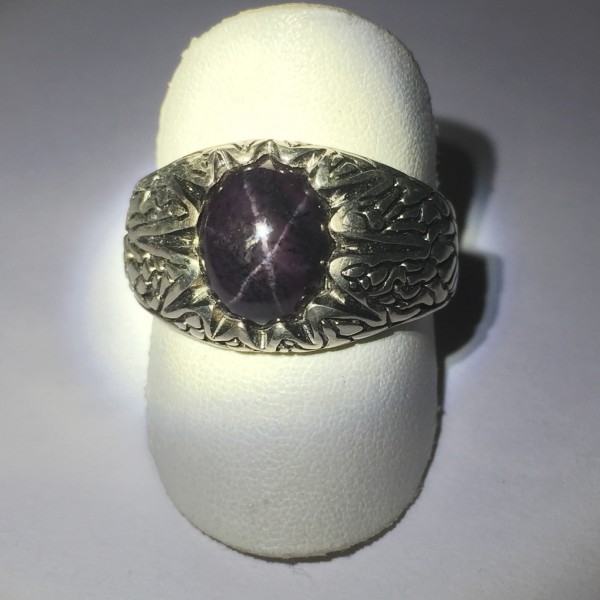 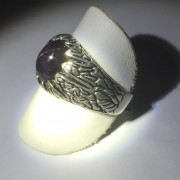 Great Price for a big look. The way this mounting is made from the top of the ring you will notice the starburst pattern, making the Star Garnet pop. We also like all the pattern work on this mounting and the antiquing really makes this a sharp ring.

The Star Garnet is a 10×8 oval with strong six rays. The mounting is sterling silver with a nice antiquing.